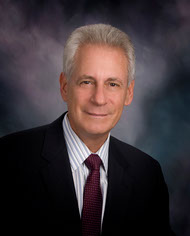 For more then thirty five years attorney Ronald Schiffman has been representing and helping clients on Long Island, and the New York City Metropolitan area to obtain monetary compensation for personal injuries; which occurred in accidents, medical and dental malpractice, defective products and wrongful death due the negligence of others.

Mr. Schiffman was born in Manhattan and moved to Long Island when he was a teenager and received his B.A. Degree from Syracuse University in 1972. He graduated from New England School of Law in 1976 where he was Vice President of the Student Bar Association.

One of Mr. Schiffman’s proudest accomplishments was volunteering to represent the family of a young mother and wife who worked and was killed in the World Trade Center on 911, FREE OF CHARGE, obtaining a two million dollar award from the Victims Compensation Fund.

Mr. Schiffman and other members of his firm work tirelessly to represent the interests of his clients from inception of the claim through trial and if necessary through the appeals process; and he personally works on all of the firms cases.

Mr. Schiffman will not back down from the big corporations and insurance companies that use all their assets and attorneys to avoid compensating or paying full value to his clients. He is currently representing a NYC Police Officer who received third degree burns to her face, eyes, and body while using a NUTRIBULLET blender at home.

Mr. Schiffman gets many of his cases from other attorneys in New York and other states who respect his experience, compassion and expertise in the area of personal injury litigation.